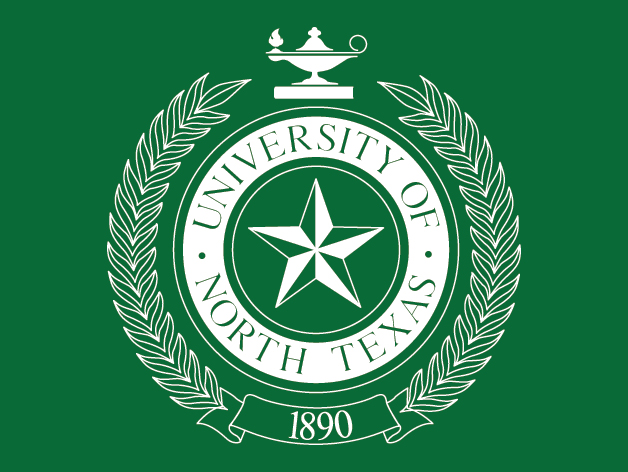 At the top of the UNT seal is the lamp of learning, burning with an eternal flame representing academic achievement and excellence. The laurel wreath represents honor, and the beveled Lone Star in the center symbolizes the great state of Texas. 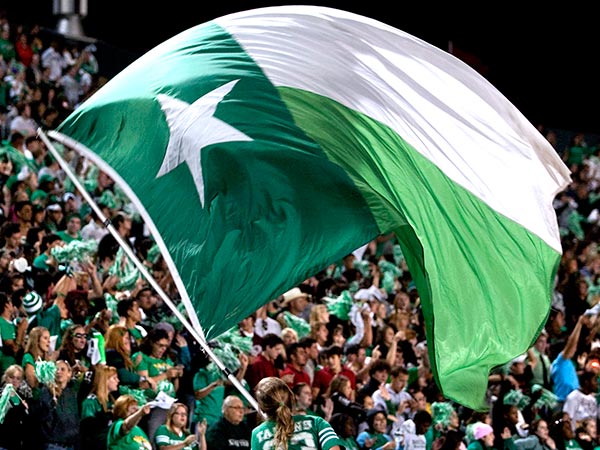 One of the earliest official references to our school colors of green and white appears in the 1907 Yucca yearbook, although a former student recalled that they were selected in 1902-03 when someone suggested Mother Nature would be kind to those using her colors. Today, green is a way of life at UNT, where our sustainability programs and environmental research have brought us national recognition. We Mean Green! 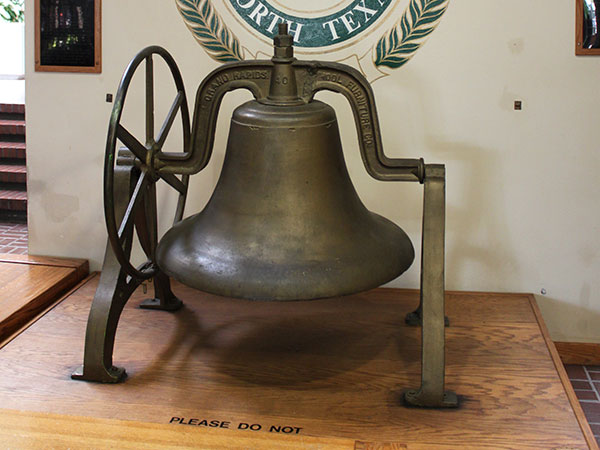 The bell that would become our Spirit Bell is a symbol of tradition as old as our campus itself. Brought to Denton from Michigan in 1891, it rang from the tower of the first building — the Normal Building — and later from the roof of the Power Plant, signaling class changes, curfew, the delivery of mail and celebrations such as the signing of the armistice that ended World War I. The Talons spirit group placed the bell, also called the Victory Bell, on a trailer and began ringing it at football games in 1962. It was retired to the University Union 20 years later, after cracks were discovered, and the Talons continued to promote spirit with smaller bells at football games, pep rallies and other events. In 2002, after years of searching, alumni found a large bell similar to the original and donated it and a remodeled airport tug to carry it. The bell signals pride and spirit, linking us to all the generations of students who came before. 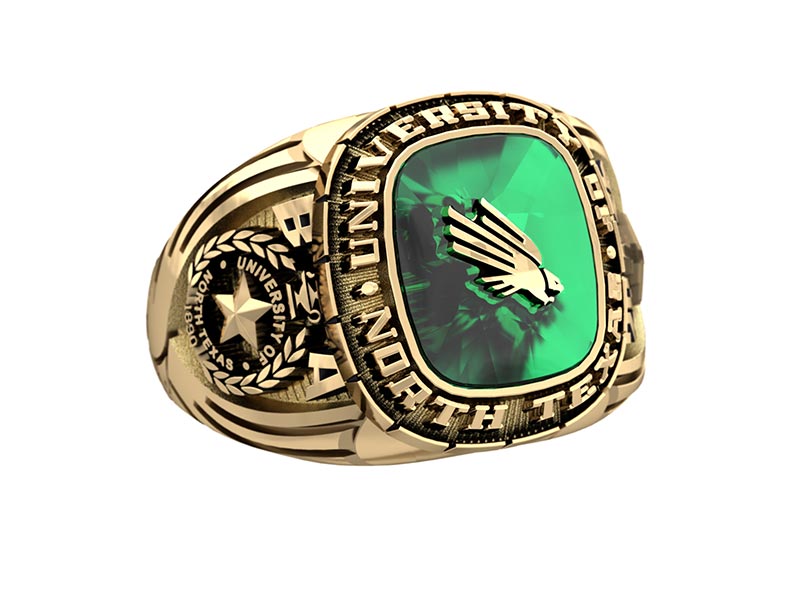 Unique to the University of North Texas, the official class ring portrays our Eagle mascot, university seal and McConnell Tower. The two clock faces show different times — one o’clock for the internationally recognized One O’Clock Lab Band, and seven o’clock noting the curfew time for students in the early days of the institution. 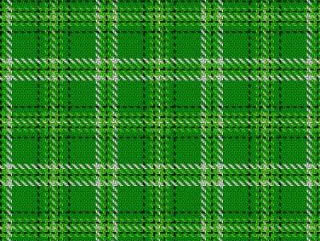 The university’s official tartan design was created by alumna Casey Heidt (’15) when she was a College of Visual Arts and Design student, as a lasting way to show green pride during UNT’s 125th anniversary celebrations and for years to come.

Heidt’s innovative tartan pattern represents a double-layered map, one of campus with the Hurley Administration Building in the center, and the other of Denton with the downtown square — the location of the first classes — in the center. The thick white lines and thin black lines represent streets. In 2014, UNT’s official tartan was accepted by the Scottish Register of Tartans and is featured on shirts, scarves, ties and other merchandise with local retailers. Proceeds will go to support student scholarships.