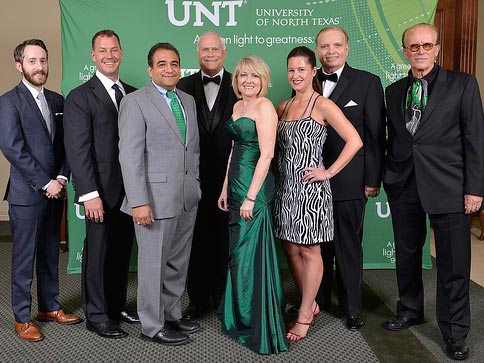 At the annual UNT Alumni Awards event, we recognize alumni and friends of the university for outstanding achievement, service and support. Recipients of the awards are nominated by alumni, faculty, staff and friends of UNT. The most prestigious award, the Distinguished Alumni Award, has been presented since 1965. Also presented are the Distinguished Young Alumni Award, the Outstanding Alumni Service Award and the Ulys Knight Spirit Award. More information can be found at untalumni.com. Photo from the 2014 Alumni Awards.

This spring event commemorates our change from a college to a university. First celebrated in 1961, when our name changed from North Texas State College to North Texas State University, the event includes a flag parade, music, food and celebrations of our history and traditions. 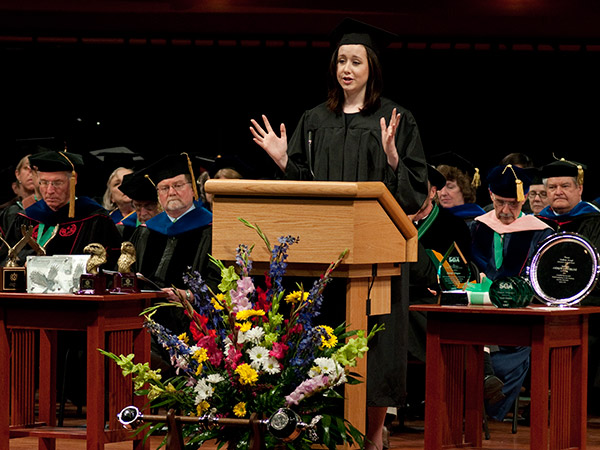 The annual Honors Day ceremony recognizes outstanding students and other members of the university community selected by individual colleges, schools, departments and organizations. The Meritum chapter of the Mortar Board honor society began the Honors Day tradition in 1950. Today, the event is co-chaired and co-sponsored by the Division of Student Affairs and the Honors College.

Each year, UNT recognizes a new Golden Eagles class, alumni who are celebrating the 50th anniversary of their graduation. Our annual Golden Eagles program takes place during Homecoming weekend and provides the newest Golden Eagles with a place to reminisce and re-connect. Photo from the Golden Eagles 1991 Homecoming. 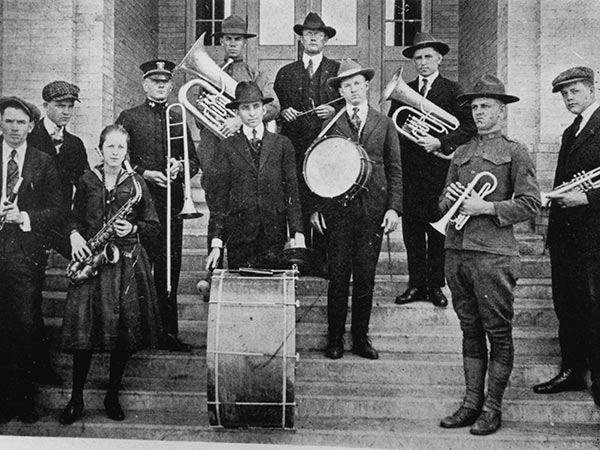 Our alma mater, “Glory to the Green and White,” was written by two students and adopted in 1922. The words were by Charles Langford (1902-1931), who attended from 1920 to 1923. He was a baseball and football star who became a yell leader after he was sidelined by an injury. The music was composed by Julia Smith (1905-1989), who earned her degree from the college in 1924. She was known for her musical abilities and played saxophone in the band. She later gained national fame as a composer and concert pianist. The words to the alma mater were changed as we became a university.

Glory to the Green and White

An annual Flight Memorial ceremony honors students, staff, faculty and alumni who have died the previous year. During the ceremony, which takes place each spring, the names of our fallen Eagles are read aloud and the bells of McConnell Tower toll in tribute. Throughout the year, when the university learns of a current student’s death, the UNT flag is flown at half-staff as a sign of respect and a signal to the UNT community that we have lost one of our own.

A new annual tradition, the Farewell Toast, was added for the Spring 2022 commencement season. This free event — limited to graduates of a specific current academic year year — is an opportunity to enjoy one last event together as a class. Held at the Alumni Pavilion, the event includes live music, hors d’oeuvres and a special toast with the official UNT Alumni Association wine — sponsored by Cassara, an alumni-owned winery — (or another beverage of the graduate’s choice).

UNT’s Ring Ceremony and Eagle Ring Dive, hosted by the UNT Alumni Association, is held at the Library Mall fountains about a week before every semester’s commencement ceremonies. Each participating student selects a loved one to present their class ring in recognition of the role family and friends play in a graduate’s UNT journey. After learning about the symbols featured on the rings, students submerge their rings in the fountains. At the end of the event, the McConnell Tower is illuminated green to celebrate the graduates' academic victories.