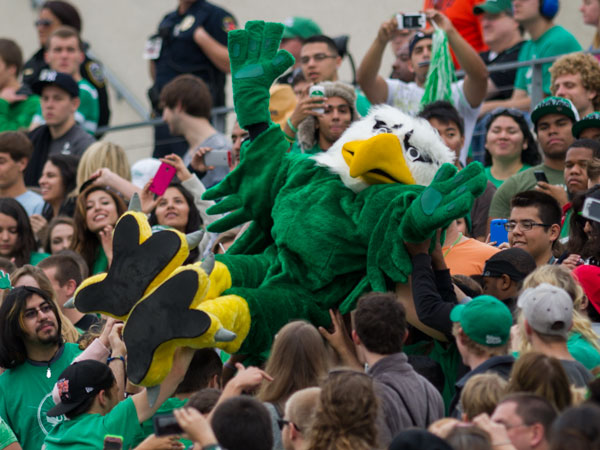 The student body chose the Eagle as our mascot in 1922 for its keen eye, strength, independence and loyalty. In 1950, students named the first live bird mascot "Scrappy," which later became the name of the human mascot. The Eagle was known by other names through the years, including "Eppy" in the 1980s. But in 1995, our modern-day Scrappy returned to the nest as the Mean Green's biggest fan. 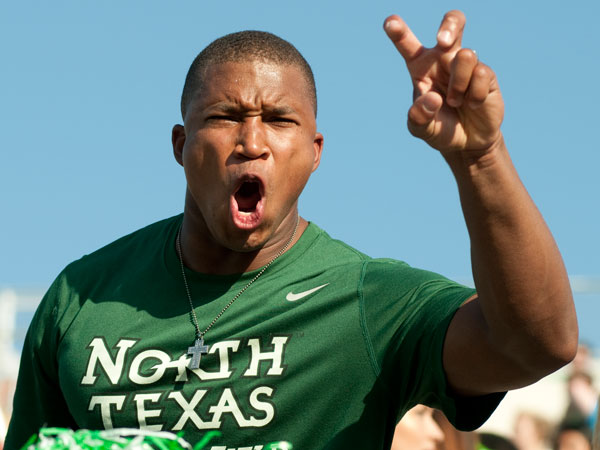 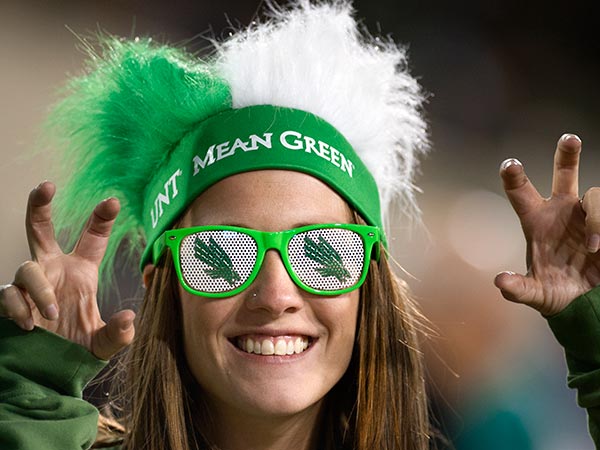 Our unique Mean Green nickname originated in the 1960s as fans cheered on the football team and its punishing defense. The earliest newspaper references to the Mean Green appeared in the spring of 1967. One of the original Mean Green players went on to a Hall of Fame career in the NFL with a nickname of his own, "Mean" Joe Greene. The dominating lineman became the cornerstone of the Pittsburgh Steelers' "Steel Curtain" defense and a four-time Super Bowl champion. Today, all of our athletics teams are known as the Mean Green. 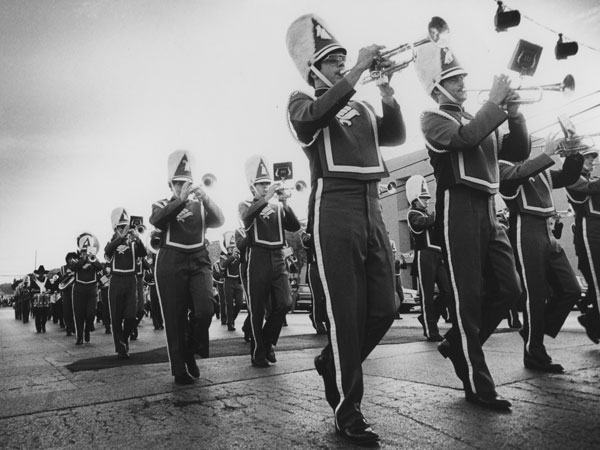 Homecoming marks our annual Mean Green family reunion. One of our early Homecoming celebrations involving a football game took place in 1929 and included a boarding house decoration contest and a parade of bands around Denton's town square. Today's parade runs from campus to the square and back, followed by food, music and reminiscing before kick-off. 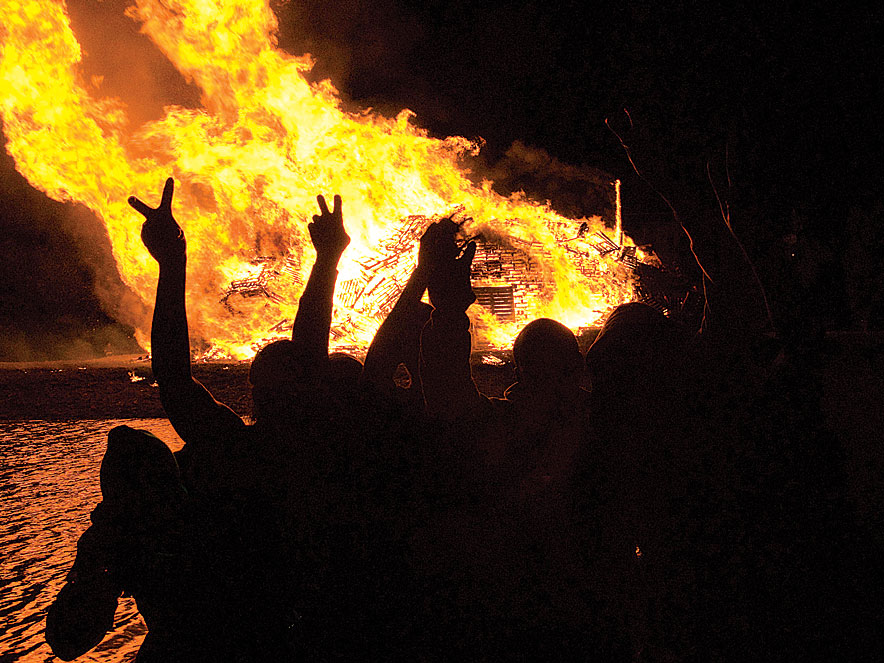 Bonfires that marked big football games in the 1920s became official Homecoming bonfires by the 1930s. Through the years, a torch-lit parade led students to the bonfire site. The Spirit March now winds from Greek Row and the residence halls to the site near Apogee Stadium where the bonfire is built and guarded by the Talons.

Find out more about Homecoming events. 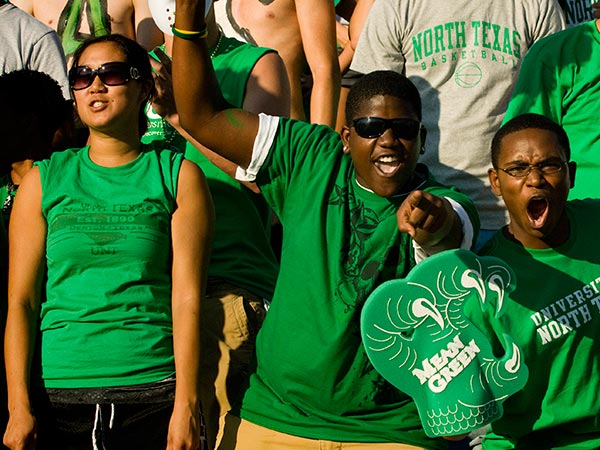 Students, faculty, staff, alumni and other Mean Green fans wear green every Friday to show their university pride throughout the year. 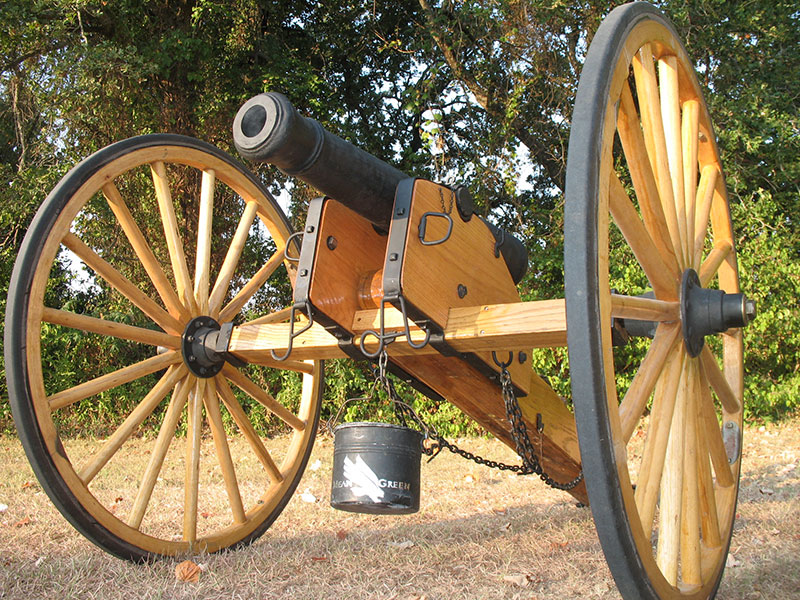 The Talons began the 1970 football season with a blast as they introduced their newest spirit project, a muzzleloader cannon. Boomer, a scale replica of a model widely used in the U.S.-Mexican War, is fired to signal Mean Green scores, kick-off, half-time and the end of football games as well as special occasions such as University Day. It has been refurbished through the years by alumni who also added a handcrafted oak limber to carry Boomer's accessories and provide a parade perch for Scrappy. 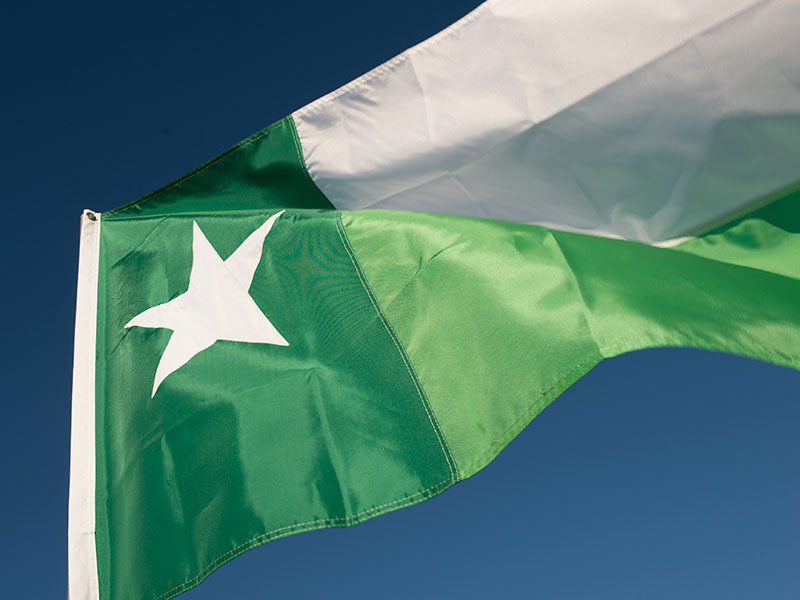 The UNT Battle Flag was created by Jim Hobdy in 1986 while an employee of the athletics program and it became a recognized university symbol. Today, the Talons wave a version of the flag at football games. In 2017, a giant 30-foot by 60-foot flag was raised on a 120-foot flag pole on the north side of Apogee Stadium. 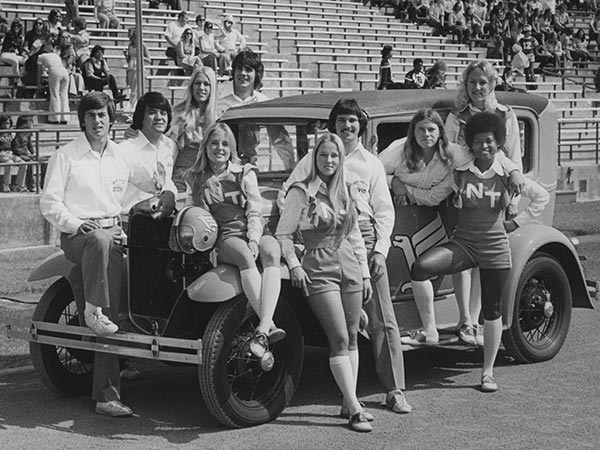 The Mean Green Machine is a 1929 Ford Model A Tudor Sedan built in 1931. It was donated by an alumnus in 1974 and became part of a traveling spirit caravan that also included a green military jeep. The Model A was driven around the track after touchdowns and has been renovated and rebuilt through the years. It was given a green makeover in 2012 when engineering technology students outfitted it with an electric motor.

Green lights, first installed by the Talons in the 1970s, shine on McConnell Tower after athletic victories and for special occasions. After evening home football victories, the Talons lead the march from Apogee Stadium to the Hurley Administration Building where they turn on the tower's green lights to signal the win to the campus and community. LED lights installed in 2014 make our green light shine bright. 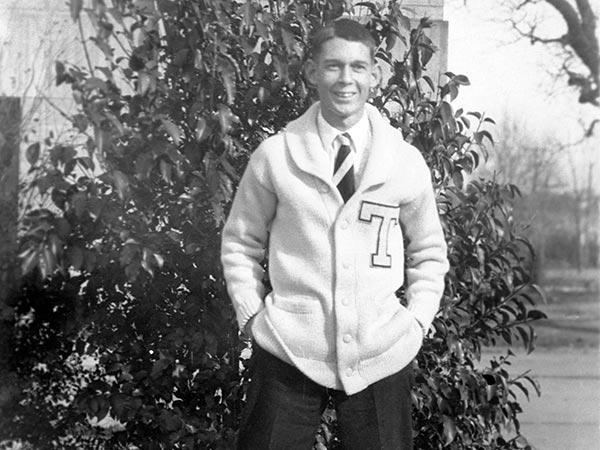 "Fight, North Texas" was written in 1939 by alumnus Francis Stroup (1909-2010) after 'Fessor Floyd Graham announced a marching song contest at a Saturday Night Stage Show. Stroup, a 1929 graduate who composed songs throughout his life, won the contest. He retired as a professor of physical education from Northern Illinois University, where he also wrote the fight song. As a North Texas student, he lettered in basketball and was an accomplished swimmer and diver. He was inducted into the UNT Athletics Hall of Fame in 1987. Stroup helped re-write the lyrics to our fight song when our name changed to the University of North Texas. Today, we sing: 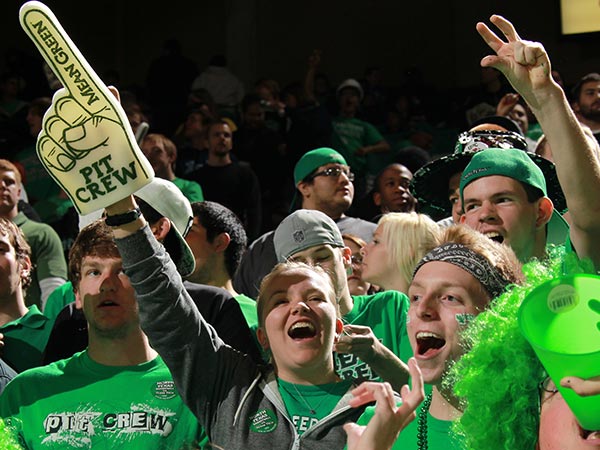 The Pit Crew is the official student section for Mean Green basketball in the UNT Coliseum, known as the "Super Pit." The Mean Green students continue the tradition of earlier generations of fans who rowdily cheered on the team when games were in the old Men's Gym, or "Snake Pit," making UNT an intimidating place to play. 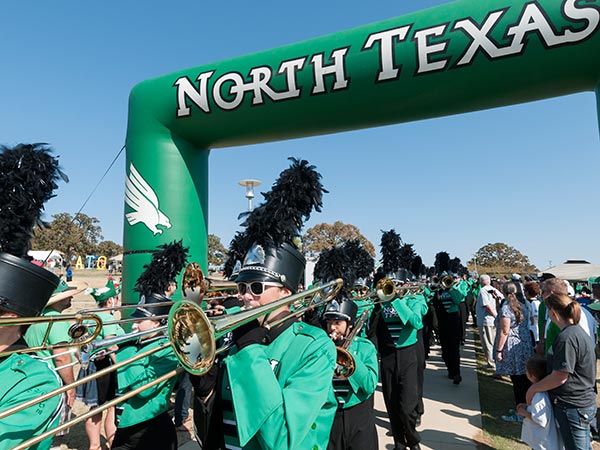 Before each home football game, the Green Brigade marching band, dancers, cheerleaders, Talons and Scrappy join the Mean Green team on its way to the locker room for final pregame preparations. The march begins two hours before kickoff at the Red Lot entrance. 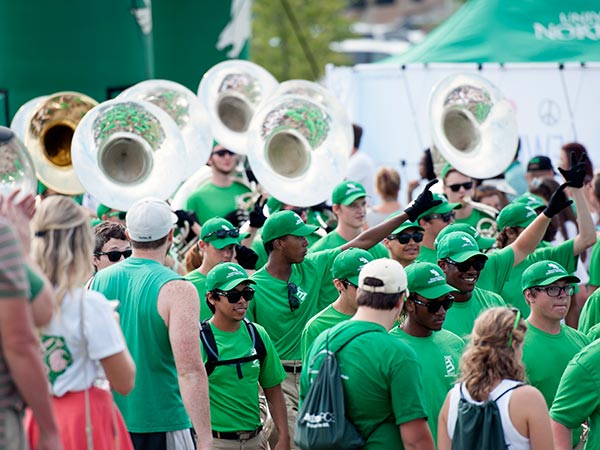 Green Brigade March to the Stadium and Fifth Quarter Performance

The Mean Green kickoff is near when the acclaimed Green Brigade marching band makes its way through the tailgating areas on home game days. Accompanied by the cheerleaders, dancers and Scrappy, the band begins at Victory Hall and circles the Hill on its way to the pregame performance at Apogee Stadium. Immediately following the game, fans are treated to “Fight, North Texas,” “Glory to the Green and White” and a tune from the halftime show before the performance concludes with the favorite “You’ll Never Walk Alone.” 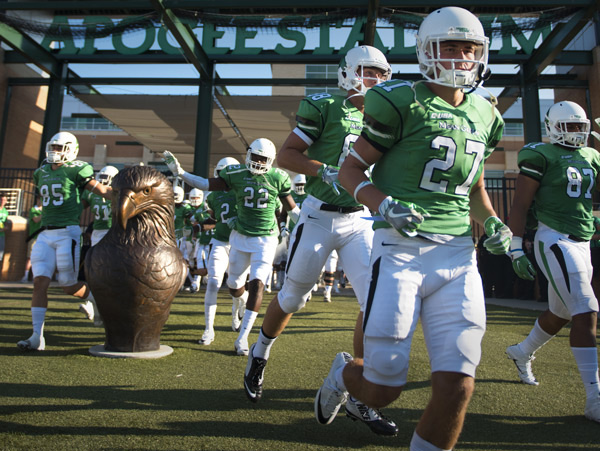 Spiriki, a bronze eagle statue, was unveiled in 2011 at UNT's Apogee Stadium. As Mean Green players take the field, they touch the statue to pledge their best efforts in the game. The statue by renowned wildlife sculptor Kent Ullberg was commissioned by the Geezles, a campus fraternity from the 1920s to the 1970s that includes many former athletes and coaches. The name "Spiriki" comes from an old fraternity greeting believed to be the combination of the words "spirit" and "kee," the cry of an attacking eagle.